CBD VS CBG – A Complete Guide to The Differences, Benefits, & Uses

Cannabinoids are compounds found in the highly complex and fascinating cannabis plant. CBD and CBG are two prime examples of cannabinoids, and you’ve probably heard quite a bit about them. These chemical compounds have highly beneficial medicinal properties when used independently and when combined with other cannabinoids.

To truly understand the many health benefits and the differences, we need to take an in-depth look at both. Let’s begin!

What Is CBG (Cannabigerol) ?

Cannabigerol (CBG) is a cannabinoid obtained from the cannabis plant. It is nicknamed the ‘mother of all cannabinoids’ because most cannabinoids are derived from cannabigerolic acid (CBGA), an acidic form of CBG.

Cannabigerol differs from other cannabinoids like THC and CBD in that it’s found in much smaller quantities in the cannabis plant. On average, CBG makes up only around 1% of a cannabis plant, compared to THC and CBD, which can range between 20 – 30% each.

This makes CBG rare, and products derived from it are consequently more expensive than other cannabinoid compounds. However, CBG is becoming a lot more popular despite its higher price tag due to some fascinating benefits.

The Origins and Production of CBG

CBG is made from young cannabis plants, which are richer in CBG than older ones. Certain cannabis strains have a naturally higher occurrence of CBG, and these are used primarily to synthesize CBG. Interestingly, CBG, CBD and THC start the same way–as a substance called CBGA, an acidic form of CBG which we briefly mentioned earlier. However, CBGA changes into CBD and THC as the plant matures, so there is very little CBG in older plants.

Both CBD and THC start as CBGA, an acidic form of CBG. This is why younger cannabis plants contain higher concentrations of CBG and fully developed ones do not. Since CBG occurs in such low frequencies and only in more immature plants, growers regularly experiment with cross-breeding and other methods to try and increase the amount of CBG available.

CBG is synthesized and produced for use in oil. Pure CBG oil is available, but it’s relatively rare and costly. However, some benefits from CBG can be derived from broad-spectrum cannabinoid oils that contain all cannabinoids, including small amounts of CBG.

The Biological Mechanisms of CBG

CBG is processed via our body’s endocannabinoid system. This widespread neuromodulatory system plays essential roles in many functions, including central nervous system (CNS) development, synaptic plasticity, and how our bodies respond to endogenous and environmental events.

One of the most important functions is to ensure that our bodies remain in an optimal state independent of occurrences in the external environment. CBG can imitate endocannabinoids, the natural compounds produced in this process.

The two types of cannabinoid receptors, CB1 and CB2, play a vital role. CB1 receptors are found in the nervous system and brain, and CB2 receptors occur primarily in the immune system. CBG can bind to both receptors and strengthens the functionality of a neurotransmitter called anandamide, which does the following:

Notably, unlike THC, CBG has zero psychotropic properties, which means no “high” is associated with its use.

The Benefits of CBG

The primary benefit found in CBG thus far is that of pain relief. Much like CBD, more of which shortly, it can offer pain relief without resulting in the type of intoxication that THC produces. There are many indications that CBG also has significant antibacterial properties and further tests are underway to expand on the possible uses in this regard.

There is also much research underway to understand the border therapeutic benefits of CBG, and initial studies have found that it can be beneficial in the following ways:

What Is CBD (Cannabidiol)?

CBD, like CBG, is found in the cannabis plant. It is the second most frequently found compound, with THC being the most commonly found.

The Origins and Production of CBD

Cannabidiol is produced and sold in many different forms. These include:

CBD products can be split into three distinct categories:

The Biological Mechanisms of CBD

Studies have shown that CBD can specifically assist in reducing chronic pain by affecting endocannabinoid receptor activity, reducing inflammation, and interacting with neurotransmitters. In addition, studies have also shown some neuroprotective effects of CBD.

The Benefits of CBD

There are many studies on the therapeutic benefits of CBD. While some findings are contentious, it is evident that CBD offers significant advantages, including anticonvulsant, antipsychotic, neuroprotective, anti-inflammatory and pain relief.

Therapeutic applications of CBD products might improve the following conditions:

Notably, while CBD shows excellent potential in relieving symptoms of many conditions and disorders, further research must be performed. Many people swear by the benefits and have anecdotal evidence of “small miracles” achieved through CBD. Many medical professionals have shown support for CBD products for specific indications, while others are skeptical.

In closing, both CBG and CBD offer fascinating health and therapeutic benefits. As the research continues, there is no doubt that we will unlock more uses and applications for these incredible cannabinoids!

Is Hemp Seed Oil the Same As CBD Oil? 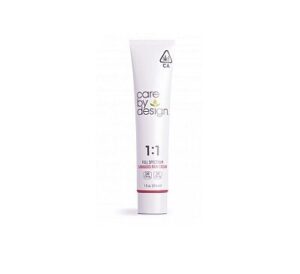 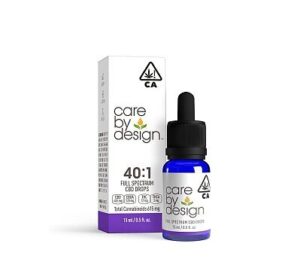 A Cannabis Vape For Better Sleep 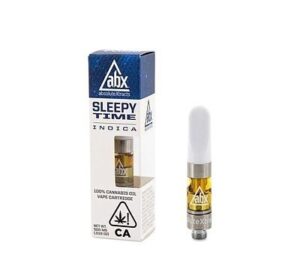